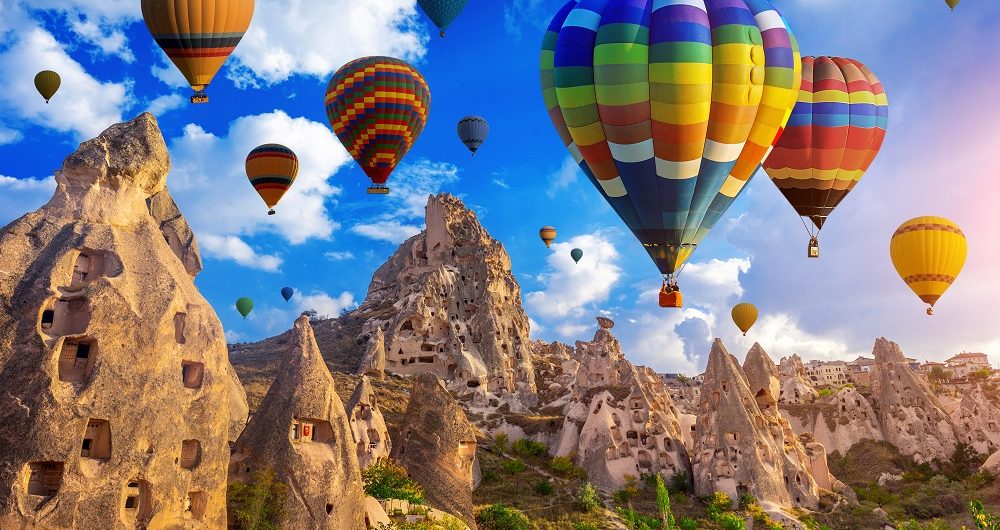 In the article on transportation in Cappadocia and to it, you will learn about the most important ways to move to Cappadocia, as Cappadocia is one of the most important tourist attractions in Turkey at all, and it ranks third after Istanbul and Antalya, and it is characterized by an unparalleled atmosphere in the world, charming the eyes of tourists, since they are able to identify landmarks and monuments that they did not think would exist before.

In general, you have three ways to move to Cappadocia in Turkey, as follows:

Usually, there are no direct international flights to Cappadocia, but flights are usually from Turkey’s domestic airports such as Istanbul Airport and Sabiha International Airport.

The prices of flights to Cappadocia are usually reasonable, but they are higher during the season, i.e. in the middle of summer.

That is why we advise those who are planning a Cappadocia trip on their own, to book a flight to Cappadocia several months in advance and take advantage of special opportunities and offers if available.

Do not forget that the two airports that you can book to get as close as possible to Cappadocia are Nevsehir and Kayseri, as there is no Cappadocia airport.

Transfer to Cappadocia by bus

You can also book the trip to Cappadocia by booking a bus trip from Istanbul, Izmir or any other city to the areas of Goreme Station or Kayseri Station, and from there you will ask for another bus that leads to the hotel you booked in Cappadocia.

Bus reservations are available online, and if you are visiting Turkey out of season, you may be able to go to the bus station and from there you will be asked about the next trip without a reservation.

Traveling from Istanbul to Cappadocia can take up to 14 hours, so be sure to know the expected arrival time so you don’t miss the fun in Cappadocia.

Transportation to Cappadocia by private car

This type is considered the most luxurious and most expensive type and can save you time, because the private car will not stop as much as the bus might do, in addition to its speed is greater than the speed of the bus.

When you arrive at an airport near Cappadocia, you can ask anyone at the airport about the bus station, and there everyone understands English, and some of them also understand Spanish.

Some may try to sell you other things such as flights and tours, just tell them that you want the bus and they will direct you to a station Bus nearby.

There may be a large bus through which you can reach your destination, and there may be a minibus, both of which are useful and sufficient.

Transportation in Cappadocia by renting a car

From the moment you arrive in Cappadocia, you can rent a car, by booking it online, or by visiting one of the offices that are at the airport or at bus stations, and you can also ask for help from the hotel you are staying in within Cappadocia, and ask them if they can provide You with a contact number for renting a car in Cappadocia.

Renting a motorbike in Cappadocia is nice and fun, but you need to get to Cappadocia first and then rent one for a hike of hours or even a whole day.

The motorcycle owner may ask you to leave an insurance amount on his motorcycle, so there is nothing wrong with that and there is no need to worry.

You must be familiar with the use of motorcycles well, as some of the roads of Cappadocia may only be suitable for 4WD vehicles and can be bumpy.

Also, make sure you have a GPS and a well-charged battery for your phone, in case of any emergency.

If you want to know the ways to travel in Cappadocia in order to take a trip and wander around to get to know it, why not let the people of this region who speak your language do the job?

After you arrive in Cappadocia, you can contact Turkey Tours Shop to organize many daily trips and guide you on how things work there.

Booking a tour in Cappadocia is generally inexpensive, except that the trip includes transfers to and from the hotel, lunch and a tour guide.

There are trips that you will not be able to take unless you contact specific companies to implement them for you, including the Hot Air Balloon in Cappadocia trip, contact our team to book it in advance and at a lower cost.

Book a car with driver in Cappadocia

The most expensive option in terms of cost, and it guarantees complete luxury.

If you are lucky, try to get a driver who is a tour guide at the same time, and then you will be able to stop at the landmarks you love and for the length of time you want.

Previous postTourism in Konya and its attractions

Tourism in Konya and its attractions